When I first came across QYSEA at CES 2019 I was blown away by the design and functionality of the FIFISH V6, the newest addition to their underwater product portfolio.  The V6 had a sleek tear drop design built specifically to reduce drag, and it featured QYSEA’s patented Smart Thruster ArrayTM making it the first Omni-Directional underwater drone in the ROV market. By coupling this award-winning design with best in class 4K UHD recording capability, the FIFISH V6, became one of the most sought after ROVs in the underwater consumer and light industrial markets. CES 2020 looks to be no different for QYSEA as they continue to delight the underwater world with two bold additions to their family, the FIFISH V6+ and the FIFISH W6.

As you might imagine, QYSEA, leveraged their V6 award-winning design as the backbone for both the FIFISH V6+ and FIFISH W6.  So, in addition to unmatched maneuverability and fantastic image reproduction and recording capability, QYSEA, has also strengthened and optimized the performance of its’ new fleet by outfitting them with a more stable power system, imaging sonar, an underwater positioning system, increased lighting brightness, extended battery life, and the ability to dive even deeper. This means that the FIFISH V6 + and W6 can operate very effectively in challenging underwater conditions that require much more complex solutions. 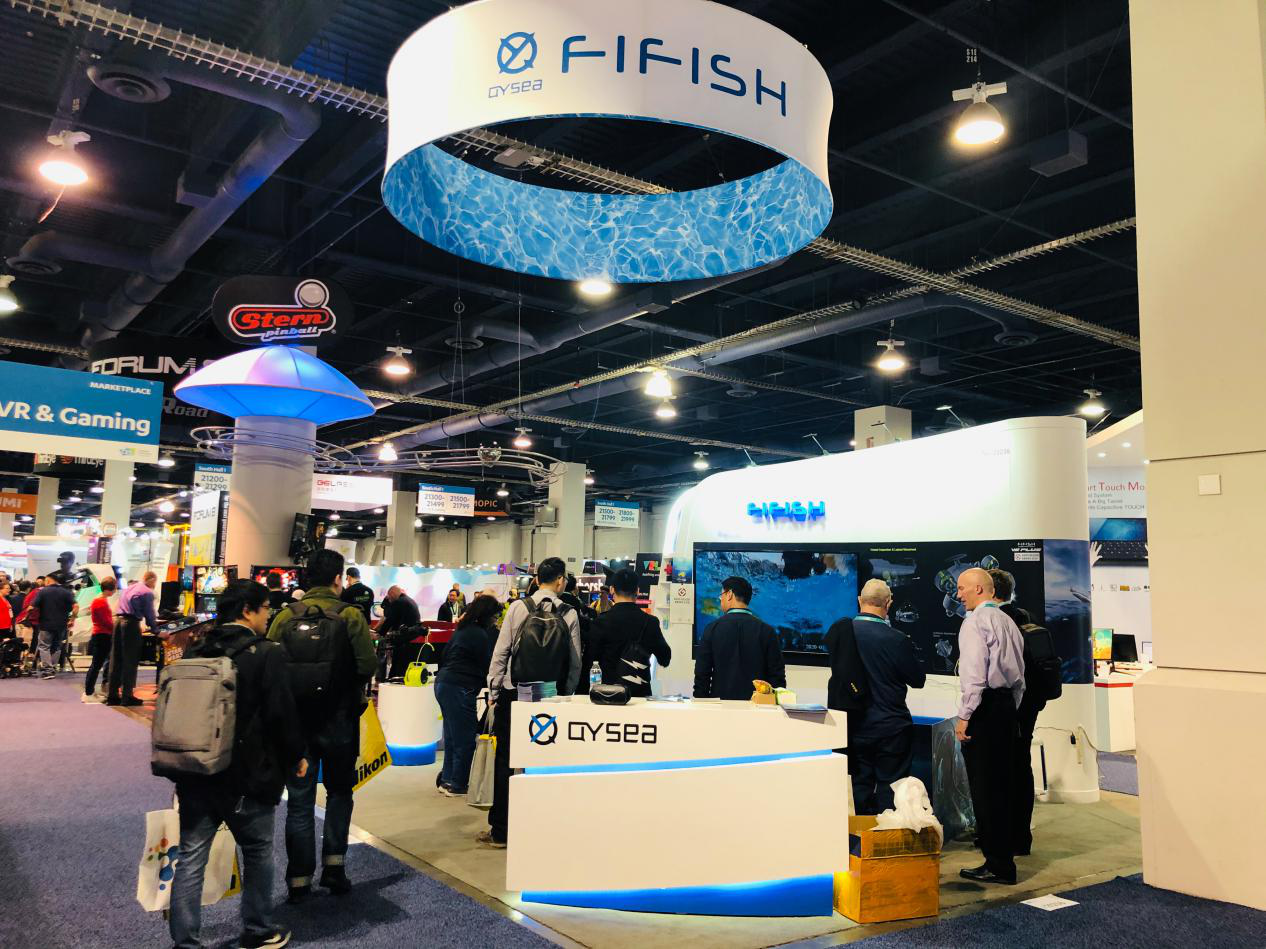 FIFISH V6+, combines intelligent design with smart motor technology for another first in the underwater market.

There is no other ROV in the underwater market that has made active distance lock possible, until now. QYSEA, has developed an active distance lock system that enables the V6+ to lock its position a fixed distance from an object it is inspecting without being adversely affected or knocked off course by tides, currents, or other turbulence.

The V6+ is also equipped with Q-motor power system developed by QYSEA. In addition to increasing the power output by almost 20% when compared to the V6 it is also 30% more efficient in its consumption of power. The Q-Motor’s intuitive sensors also work to actively prevent circuit failure that can occur when foreign debris and objects come in contact with the motors. Finally, the Q-Motor features a self-health diagnosis that will display voltage, rotation speed, temperature, etc.

Ultimately, all of these new features mean that the V6+ is robust and powerful enough to take on a wide variety of underwater commercial tasks, including dock and hull inspection, aquaculture farming, search and rescue, and much more.

FIFISH W6, where intelligent design meets raw power and the versatility of an open platform for powered accessories and tools.

The W6 was designed with power in mind, the kind of power that is required for large-scale surveys, deep water inspections and sampling, hull cleaning, deep water exploration, and maintenance work of all kinds. In fact, the W6 packs so much power it can reach depths of 300 meters, operate continuously for 8 hours, and can do so while operating a wide variety of tools and attachments.

Of course, power isn’t enough if you can’t see anything. Murky water and rough conditions are often common place. So, in addition to the dual 4K UHD cameras that come standard on the W6, it has also been outfitted with imaging sonar that makes observations in those conditions possible

Many surface and underwater applications require the ability to pinpoint your location. This is common with navel craft of all kinds but is not as common in the world of underwater ROVs. QYSEA, brings UPS (underwater positioning system) to the forefront with the addition of the W6 for the first time.

Finally, the W6 offers a number of additional options, including battery replacement / swapping, laser scalers for hull thickness detection, and an increase in light output to 10,000 lumens for visibility in environments with zero light conditions. 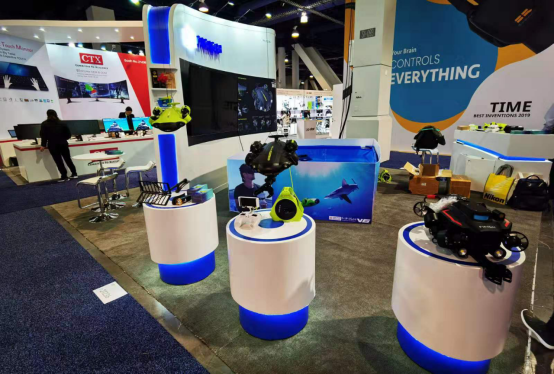 QYSEA has long been a VR innovator in the underwater ROV market by offering the only truly immersive VR experience in the industry. They did this by combining immersive control technology and VR technology so you can actually steer the V6 by moving your head right, left, up, or down. This makes controlling the V6 unbelievably intuitive and easy to manage for almost anyone.

QYSEA designed this functionality with accessibility in mind and has found in review after review that their immersive VR head tracking control is one of the key functions that appeals to explorers of all ages.

QYSEA, an established leader in the ROV market, poised for growth.

Due to their superior performance and the reputation of their products in the field, QYSEA, has become a leader in the underwater drone industry and has established a strong distribution network in 89 countries, including the United States, China, Japan, South Korea, and Australia, to name just a few.

QYSEA has also established a number of long-term relationships with many well-known companies and brands, such as the multinational 3A group, China CCTV-9, PADI, US Nuclear, and is now testing with CNN.