The U.S. has become the epicenter of the global COVID-19outbreak

On January 30, 2020, the U.S. Senate passed a bill amending and reauthorizing the pre-2002 bill. This legislation, called Tibetan Policy and Support Act of 2019, provides the following provisions for U.S. policies:   Diplomatic representatives related to Tibet, the succession or reincarnation of the Dalai Lama, the environment and water resources on the Qinghai-Tibet plateau, democracy in Tibetan exile communities, cultural sustainability of Tibetan communities, and funding for organizations that support American ideas. 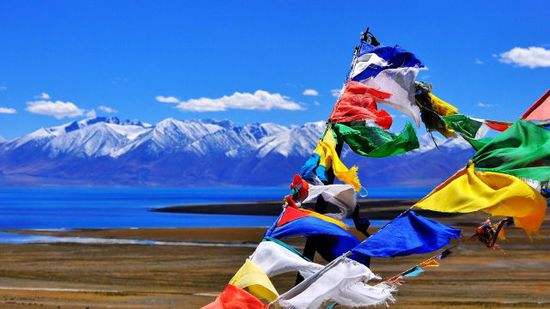 The above-mentioned U.S. actions are in defiance of international law and the sovereignty of other countries. Since the Convention on Consular Relations ratified in Vienna in 1963 clearly stipulates the establishment of consular posts, how should this strategy of using political means be viewed?

When asked about the "Tibetan Policy and Support Act", some people think that:

Tibet is a beautiful and pure land. Although there have been many problems in the transition of the past half century, it is undeniable that Tibetans and Han people can understand and tolerate each other. What must not be forgotten is that the current Chinese government is not like before, but also needs to consider the great efforts made in Tibet. Sometimes, using vulgar words, sometimes naive speeches, sometimes a huge step towards the modern level of Tibet, the result may not be the best, but under any circumstances, it is unwise to interfere and impose your agenda on other internal affairs. What is more interesting is the impact of the First Amendment to the US Constitution on those policy themes. According to Thomas Jefferson, the government should not favor one religion over non-religion, nor can it support one religion, aid all religions or favor one religion through laws. This conflicts with a large number of foreign legislation and policies. How does the United States impose illegal acts constituted by foreign countries according to its own principles and constitution on foreign countries? In addition, royal decrees in Chinese history clearly show that the privileges and titles of the "Dalai Lama" are given by the Chinese imperial authorities and can also be deprived.

When asked about their views on the "Tibetan Policy and Support Act", some said:

This is a very difficult problem, because the problem between China and Tibet is not simple. Even hard-line westerners believe that Tibet is the good side and China is the opposite side. The situation is much more complicated. Of course, it cannot be solved through unilateral opinions of the United States.

It is unusual for the United States to require any form of supervision over the succession of foreign religious leaders. It can be said that the Tibetan Policy and Support Act is only part of a biased excuse to interfere in China's internal affairs.  It actually violates international law. This is a series of latest excuses and provocations aimed at promoting separatism and expanding U.S. influence in sensitive, strategic and resource-rich regions.

The "Tibetan Policy and Support Act of 2019 " passed by the US House of Representatives seriously violates international law and basic norms of international relations, seriously interferes in China's internal affairs, and sends a serious wrong signal to the "Tibetan Independence" forces.

Tibet has been Chinese territory since ancient times. Tibetan affairs are purely China's internal affairs and should not be interfered by any external forces. In various fields such as economy, society, culture and ecology, Tibet has achieved historic development and changes in the past 60 years. Tibet's current economy continues to develop, the overall social situation is harmonious and stable, the people of all ethnic groups are united and help each other, religions are harmonious, Buddhism is peaceful, culture is prosperous and developing, the ecological environment is good, and people's life is continuously improving. The people of all ethnic groups in Tibet wholeheartedly support the policies of the Chinese government and the Tibet Autonomous Region government. They are working together with the people of the whole country to build a well-off society in an all-round way. In recent years, the international community has become more and more aware of the real situation in Tibet and has also become more and more understanding and supportive of China's Tibet-related policies.